The Art of Learning & Myth of Dyslexia through ASD

The Art of Learning & The Myth of Dyslexia through ASD
Many of us choose to think that we have the right to the skills of reading and writing and that it is only the problem of education and tuition machinery that prevent us from having that skill. This is a mistaken and inaccurate judgment. Man has no natural right to academic skills, it is only obtained through great effort and instrumental to its attainment are the very problems of education which most of us regard as disdain. For in overcoming difficulties and problems associated with learning: we increase our self respect that is the central thesis of this text where self-respect and dignity are synonymous. 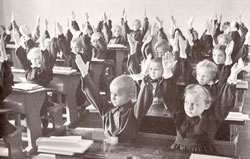 There is only one way to increase self-respect and that is by confronting directly the difficulties associated with what I would consider a more appropriate term – Academic Skills Disorder (ASD). The increase in our ability to read and write is directly proportional to the degree of difficulties and the amount of vigour and determination that we apply to the task of learning. Each individual has his own unique learning code, fashioned from the sum of his acquired experiences. In the same way that pain acts as a warning that the body is endangered, so ASD warns us that learning is compromised.

It has been the fashion in our permissive age, to emphasise the harmful nature of labeling those with ASD as dyslexics. It is even more disturbing and to present them as unworthy, uncomfortable and unnecessarily self-limiting tending to hamper those more able persons. The attack on those with ASD, in my opinion, has come from two separate factions, both of which on the surface would appear to have little in common. They are however, united in their desire to alleviate the psychological pain of suffers.

These are achieved through:
Promulgation of speculative theories (PST) : This in effect is to absolve the individual from blame by denying him a large degree of responsibility for his inability to learn.

Disposition Tendencies (DT) : On the one hand our learning is formed at an early age in response to environmental and particularly family influence. In later life, our disposition tendencies to learn in certain ways are to a very large extent determined by these early factors that can be modified in the investigation process of education. 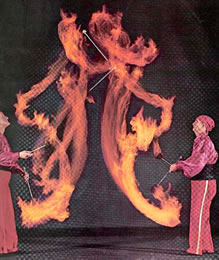 By removing the sense of responsibility for the inability to learn, as well as encouraging a passivity and reliance on the teacher, the individual is denied the on real chance that may help to increase his learning methods. Equally important is the realism that by striving to overcome the difficulties that any ASD or dyslexic sufferer, he or she must face the fact that there is no one solution to “the problem”.

I strongly believe that the great success achieved at my institute was based on the full explanation and understanding that whilst the team work of T.I.P.S (Teacher-Instructor-Parents and Sufferer) is essential; the sufferer must feel that he (or she) is alone responsible for its success. Only then can he reap the reward of PASD™ and other learning methods.

Sufferers cannot achieve success if the feeling adopted becomes a passive role – that any change in circumstance is due to someone else’s interference, skills and other supplementary therapies. For these additives, will only offer a life struggle and brave confrontation to the ASD through lesser self-respect and the distrust in one’s ability (negativism).

It may seem paradoxical that I am advocating that one should eschew the easy and seek the most difficult way to learn. But from experience, observation and my personal involvement with dyslexia and other ASD problems, we are seldom, accurate judges of our own long-term self interests: and we pay a price for taking the easy way in learning and its constant partner of poor foundation.

Those who have achieved success through learning the PASD way, have since flew the ASD post and because they know that they were a major factor behind the demise of their ASD, they will maintain success forever through the knowledge that they reached self-respect as well as acceptance that there was nothing to be ashamed of after all.

We do not learn at schools only, learning is an on going process. However, whilst learning is part of human evolution and academic learning is a right, the principle of learning has to be built into the system through proactive work and self belief. This is where this programme of Academic Skills has proved a great success on over 91% of our cases. PASD is uniquely tried and tested successfully at my institute where we have documented proofs from cases where reading and writing skills were below the bear minimum and how these were transformed into awards winning academics within few months. But then we have a great gratitude towards all those who have helped us succeed and believe in our ability. With over 16 accolades of national awards for innovation and customer care and the eye care of the year awards since 1991, we must be on the right track towards putting Dyslexia and Specific Learning Difficulties in the shade of academic history.
Chaaban Zeidan. BSc. FCOptm MSc.
Consultant optometrist.
Tamworth – Staffordshire 2003 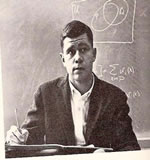 Academic Skills Build up & Essential Learning Skills
There are over 500,000 (half a million) words in an average English Dictionary. Shakespeare used about 25,000 of them. Most people are limited to the use of the English words by their education and environment to about 4000. With computers and technology developing, mass print technology meant that we can only accept one spelling, or at most two correct ways of spelling. It is not surprising that many people find most words difficult to spell or cannot remember the accepted spelling.

1. Visual
By seeing the words frequently in the accurate format, writing it and seeing it with greater depth and glare free way, you are more likely to remember it than if it was hazy, blurred or has no “depth”.

2. Intellectual
Using useful rules, grouping, spelling and relating words form families, will make learning easier and whilst we may still have a common trap with some words, the majorityshould become easy to tackle.

PASD™ is divided into three programmes:
PASD™ 1- this programme aims at the following English language topics:

The programme id divided according to age of the child, however each age group is tested from below their chronicle to the maximum ability that can be reached above their age prior to going on to suitable level PASD™. There is no IQ testing through out PASD™.

Further External Support:
Those who wish to receive more accurate details and deeper analysis of their ability and skills may do so by joining the ES-PASD™ (External Support Programme for Academic Skills Disorders). You will receive supportive material from interactive CDs to work sheets and distance learning work, those are carried out at home in addition to PASD™.

Work will then be marked and returned within 15 working days with detailed report and further supportive work based on your weakness areas. The ES-PASD™ will run for 12 months and its principle aim is identification of your weakness areas and subdividing them into separate programmes until weak areas are fully covered and surpassed to above required standards of that age group. You can join this programme either by one annual payment (£180 pa) or by monthly Direct Debit payment of £15.00 per month. Once the specification and needs are identified more accurately, a private tutor who is specialist in the area found to require extra support whether in English or Mathematics, will help in designing an interactive programme to build up your confidence and ability in the areas concerned. This is known as: Tutor Support PASD™ (TS-PASD™).

PASD™ programmes are designed for all ages from 5 to 15 yrs of age and specially designed programmes for over 15 and adults who wish to improve their reading and writing skills without the need to undertake examinationfor their skills. The PASD™ available in 6 modules and covers 51 topics of English Language. It will also be available in Mathematics by September 2004.

Our method of visual correction as an aid into visual ASD™(dyslexia), is based on the use of filter tinted lenses developed after 15 years of commitment and dedication by all concerned. The filters are available in Soft Contact lenses or spectacle lenses. The filters are only a part of the therapy, a large portion of the success is attributed to the PASD-EyeQuest™ (Program for Academic Skills Disorders) invented and developed by Chaaban Zeidan in conjunction with Business Resources Consultants Ltd and HealthTalk UK ltd. Based on over 19 years of input and research for best ways to concur Dyslexia and associated learning disorder, EyeQuest™ was invented. It is used in conjunction with ChromaGen™ for the therapy for Migraine, Contrast Sensitivity Disorders and ADHD, LVA and Perception Disorder.ChromaGen lenses received the approval of the USA-FDA as well as the Millennium Award.

In the period 1991-2010 Zeidan Centre; has been involved and treated over 1900 cases. Selectively received many acknowledgement to its success from some respectable institutions and senior consultants (details of which can be made available or can be viewed on our web site) Zeidan Centre has received over 17 national and local awards for its commitments to innovative Eyecare and related eye disorders. PASD-EyeQuest™ program is exclusively available from ZEIDAN LTD, Healthtlaks UK Ltd, or Institute of Visual Science & Contact lens Centre, designed and produced by Chaaban Zeidan.